It looked like half of the town was waiting for the next meeting.

Comments Off on Overland Rye – Cures the Blues – Butte, MT

Meth: Not Even Once – Butte, MT

Comments Off on Meth: Not Even Once – Butte, MT

Memphis – Home of the Blues – Birthplace of Rock ‘n’ Roll

Old Beale Street is coming down
Sweeties’ Snack Bar, boarded up now
And Egles The Tailor and the Shine Boy’s gone
Faded out with ragtime blues
Handy’s cast in bronze
And he’s standing in a little park
With a trumpet in his hand
Like he’s listening back to the good old bands
And the click of high heeled shoes
Old Furry sings the blues
-Furry Sings the Blues, Hejira (1976) Joni Mitchell

Jews Praying in the Synagogue on Yom Kippur, by Maurycy Gottlieb (1878) -Wikipedia

Comments Off on Yom Kippur – Day of Atonement

During the mid 1950s through the mid 1960s when Memphis, Tennessee appeared to be the virtual center of Rock ‘n Roll, Soul and R&B talent, the O.K. Houck Piano Co. was the premier dealer in the area where almost everyone bought their instruments.

VOSE & SONS
James W. Vose was born on October 21, 1818. He became a cabinetmaker, then learned the piano making trade from various Boston area piano factories. In 1851 he made his first piano, starting his own business. He had three sons, and all of them learned the business, and joined their father as partners in the firm. At this time, he renamed it Vose & Sons. The business was incorporated in 1889, with the Vose family holding the entire stock. Eventually, the American Piano Company purchased the firm, and used the Vose name until 1982.

According to Spillane’s History of the American Pianoforte (printed in 1890):

“Vose & Sons came into existence in 1851 in Boston, and therefore bear the distinction of being a very old piano-makers. J. W. Vose, the founder and senior member of this firm, is a native of Milton, Mass., the birthplace of Crehore, where he was born in 1818. He served an old-fashioned apprentice course in Milton and Boston, first learning cabinet-making. At twenty, he became a piano-maker. Later he acquired a varied experience in various Boston shops, subsequently founding his business in the year indicated. The Vose & Sons piano of to-day contains all the standard improvements, besides specialties originated by the firm. It is a popular instrument, and has a large following of admirers in the musical profession throughout the States. The firm of Vose & Sons is made up of Mr. J. W. Vose, the founder, Mr. Willard A. Vose, born in 1852, Mr. Irving B. Vose, born in 1850, and Mr. Julien W. Vose, born in 1859, all practical piano-makers, and graduates of good educational institutions in Boston.”

One of America’s most distinguished pianos. The “Vose” piano has sustained itself in the respect of musicians and the admiration of the public through Mr. James W Vose, recognized as one of the greatest presidents of the many great piano manufacturing concerns of the country. From the first the career of the Vose piano has been steadily gaining until it has reached a position ranking among the foremost pianos of the world. The “Vose” pianos of today are marked by a distinct originality of case designs, careful and most thorough construction, and musical effects of the most satisfactory character. They are pianos whose characters are of a kind to attract the attention of people of refinement and good taste.

Comments Off on Coca-Cola – Bristol, TN 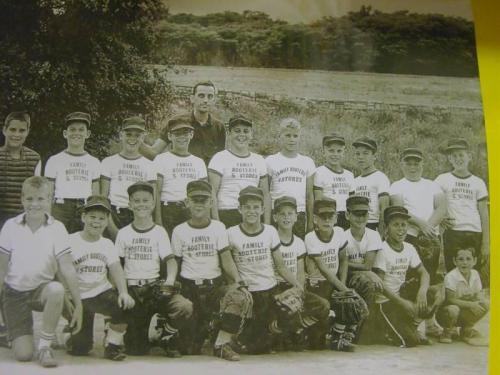 Today is the International Day of Peace.  Talk about peace, even if it is deemed un-American by half of the country. Call your Representative or State Senator. Give them a peace of your mind.

EVENT & PHOTO-OP: Parks Commissioner Adrian Benepe and Wyckoff Farmhouse Association Chairman E. Lisk Wyckoff will welcome Dutch Prime Minister Jan Peter Balkenende to the Wyckoff Farmhouse—his first stop upon his arrival in New York City. The visit will include a tour of the Dutch farmhouse, an unveiling of plans for the barn that will be raised at the site, colonial cooking activities and a song sang in Dutch by schoolchildren from P.S. 119.

In celebration of the 400th Anniversary of Henry Hudson’s voyage and NYC’s Dutch heritage, Dutch Prime Minister Jan Peter Balkenende will be making his first visit to the Wyckoff Farmhouse. Built c. 1652, Wyckoff Farmhouse is New York City and New York State’s oldest historic structure and one of the country’s ten oldest structures. Plans will be unveiled for the 19th-century Wyckoff-Durling Barn Education Center that will be raised at the site—the first barn-raising in Brooklyn in more than 150 years. The Farmhouse will also be celebrating its annual Apple Festival with apple pressing, fresh apple cider and apple fritters, live music and more.

The Wyckoff Farmhouse Museum is owned by NYC Parks & Recreation, operated by the Wyckoff House & Association, and is a member of the Historic House Trust.

Comments Off on Coca-Cola – Binghamton, NY